Shint a may nae kyon ma 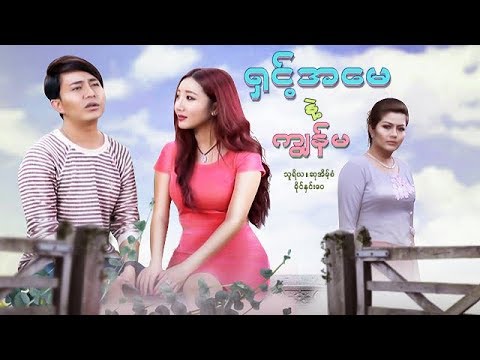 Thu Riya (born Thu Ra Lynn on 6 May 1989) is a Burmese actor, model and television presenter at several TV stations and sometimes a comedian with the Burmese traditional dance troupe. He has starred in over 40 films in his acting career. Thu Riya relationship with actress Hsu Eaint San, who was a co-star on the film "Facebook Ywar", became a publicized topic in the Cele Cele Small Facebook page. After this news was released, they couple admitted to the public on their relationship had started on early 2017. Thu Riya and Hsu Eaint San co-starred in many more films most notably Kyar Phyu, Naung Bal Tote Mha Ma Mone, and Shin A May Nae Kyaunt Ma, as well as big screen films, Facebook Ywar, Nga Academy and Thayel Thinbaw. Now they faced some problem and end their relation.