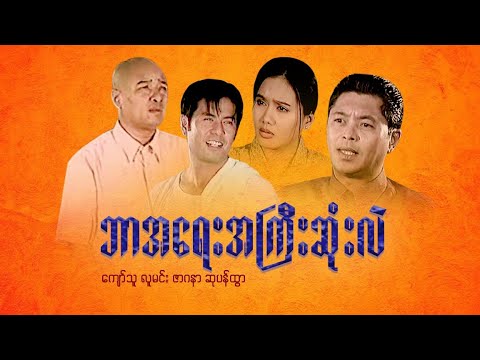 Maung Thura "Zarganar" (also called Zaganar ; also Zargana; pronounced [zàɡənà]); born 27 January 1961) is a popular Burmese comedian, film actor, and a film director as well as a fierce critic and often political prisoner of the Burmese military government. Known for his wicked puns against the government which is a military junta, Zarganar, whose name translates to "tweezers", is widely considered to be the most popular comedian and satirist in Myanmar. In September 2006, Zarganar was banned indefinitely from performing publicly or participating in any kind of entertainment related work. He was arrested on 4 June 2008 for speaking to foreign media about the situation of millions of people left homeless after a cyclone devastated the Irrawaddy Delta. In November 2008, he was sentenced to 59 years in prison, convicted of "public order offenses", under four sections of the criminal code—17/2, 32 (b), 295 (a) and 505 (b), much more than the anticipated maximum of two years. On 16 February 2009, following the appeals by the family, Yangon Divisional Court reduced the prison sentence by "up to 24 years", bringing the sentence down to 35 years. In December 2008, Zarganar has been sent to Myitkyina Prison in Kachin State in the country's far north,[5] from which he was freed on 11 October 2011 in a mass amnesty of political prisoners. Zarganar was awarded the Lillian Hellman and Dashiell Hammett Award, given by the Fund for Free Expression, a committee organized by the New-York-based Human Rights Watch. In October 2008, Zarganar was awarded One Humanity Award by PEN Canada of which he is an honorary member. Zarganar was born Thura in Yangon to a political and intellectual family of well-known writers Hla Kyi (who went by the pen name of Yuwaddy Kyi Oo) and Aung Thein (pen name: Nan Nyunt Swe). Thura was the youngest of three sons, brother of Wunna and Teza. The young Thura accompanied his parents on speaking tours where he used to entertain people by giving talks and doing imitations, and earned himself the nickname "Mimic". Thura graduated from Yangon's elite State High School No. 1 Dagon in 1977 and received a degree in dental surgery from Rangoon Institute of Dental Medicine in 1985. While in dentistry school, he worked as a volunteer literacy teacher in Chin State and wrote about his experiences in a book, published by the Sape Beikman, the country's official literary publishing house.