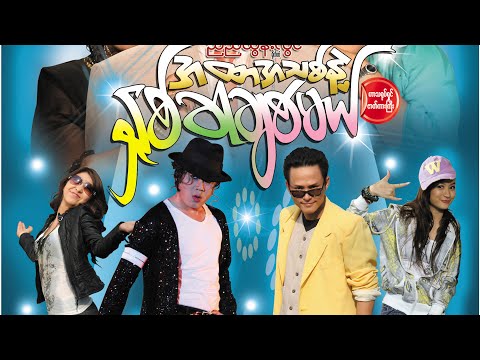 Min Maw Kun (born 26 February 1979) is a Myanmar Academy Award winning film actor and singer in Myanmar.Min Maw Kun was born on 26 February 1979 in Yangon to Zin Wine and Khin Nwe Nwe Tun. He started acting since he was a childhood in 17-year-old. His first film was A Yaite .

Chit Thu Wai (born 10 August 1984) is a Burmese actress, singer and medical doctor.She has achieved fame and success as an actress and singer. Chit attended to the United Nations General Assembly as a Hand-washing Ambassador from Myanmar In 2015, she represented Myanmar at the United Nations General Assembly as a Hand-washing Ambassador.She has initiated a hygiene awareness programs, promoting disease prevention through hand-washing with soap since 2006. A core supporter of the National League for Democracy, she actively participated in the election campaign in November, 2015. Chit was listed on The Myanmar Times's "Top 10 Actors" in 2019. Chit Thu Wai is married Burmese singer Lynn Lynn, on 30 January 2014.They have twin daughters May Myanmar Thit and May Myanmar Khit, born in 2017.